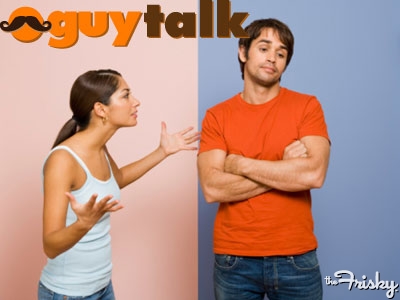 In the 2007 remake of “3:10 to Yuma,” Christian Bale’s character loses his leg while fighting in the Civil War. As compensation, the government gives him a sum of money, which he uses to attempt to forge a new life. After he fails miserably, he realizes that the government never actually cared about helping him. They just wanted to erase any obligation they had. He sums up his disillusionment more cynically than anything Batman ever came up with: The government didn’t give him the money so he could walk away. They gave him the money so they could walk away.

Recently, I discovered that the same idea applies to dating.

Jenna was a coworker of mine, and Steve was an old friend. When I introduced them to each other at one of my parties, his interest was immediate. He spent the majority of the evening putting on the Charming Steve Show, with a captive audience of Jenna.

At the end of the night, she gave him her phone number, but was hesitant to agree to a date. The problem was that he was starting a new job in six months … on the other side of the country. Naturally, she wasn’t sure if she wanted to get involved with someone who was leaving.

“Oh, whatever. Steve’s a good guy,” I assured Jenna. “Just because he’s moving in a few months doesn’t mean you can’t go out with him, ya know? Just have fun and take it one day at a time. It’s not like he’s asking you to marry him or anything.”

Clearly on the merits of my impeccable reasoning, Jenna decided to accept the date.

Well, one date turned into several, and before I could even say, “Whoa, get a room,” the two of them were hanging out two or three times a week. Still, they seemed to be having a great time together, and I congratulated myself on my matchmaking prowess.

But then, about a month later, Jenna half-jokingly said to me, “Ha, maybe I should channel The Secret and start thinking positive thoughts that Steve will get a job offer here in San Diego. That way, he won’t have to move.”

That should have been the first red flag that Jenna was no longer “just having fun” with Steve. Unfortunately, my red flag radar was down for the day, because I just chuckled along.

Sure enough, over the next few months, Jenna started talking more and more about Steve every time I saw her. It became painfully clear that she was falling in love and, worse, was clinging on to the hope that he would decide to stay in town.

One day, she called me up, practically in tears. She told me that she had “casually” asked Steve what would happen if he got a job offer in town. Steve just scoffed. No, he was ready for a change, and there was no way he was going to stay.

The fact that he didn’t even consider staying was a wake-up call for Jenna. She realized that, while she was busy falling in love, Steve was, in fact, “just having fun” with her. Which, of course, is what they had previously agreed upon.

As I found out later, that moment was also a wake-up call for Steve. He realized how strong her feelings were getting. And that’s when he, being the decent guy, decided to do the decent thing.

He broke up with her, explaining that while he enjoyed the time they had spent together, he felt that they were starting to get too serious, so it was probably better to just be friends.

Jenna, not surprisingly, was upset. Still, she would’ve been okay, had Steve just gotten lost.

You see, Steve is a good man. He really is. In the six years that I’ve known him, he’d never been a player or a douchebag or any of the other labels that draw a woman’s ire. I knew one of his ex-girlfriends, and even she didn’t have anything bad to say about him.

But that was the problem. As it turned out, the breakup would have been much easier on Jenna if Steve had been a jerk.

Because he was a decent guy, Steve continued to call or email several times a week, “just to say hi” and see how Jenna was doing. He wanted to show her that he still cared. I know he truly believed that he was doing the right thing. He was making a legitimate effort to be her friend.

Well, friendship was the last thing Jenna needed from him.

Whenever Steve called, Jenna at least had the composure to rein in her feelings. So, all he ever heard was that she was okay, and that she appreciated him calling. I, on the other hand, got to witness the aftermath of these conversations. Every time Steve called, Jenna wondered if he might still be interested, if they might still have a chance together. After all, she reasoned, he seemed to care about her so much. How could he not have romantic feelings for her still?

And that’s when I had an epiphany: The only person feeling better after these phone calls was Steve. He may have thought he was being compassionate, but ultimately, he was being a selfish weenie. When he called to “check up” on her, what kind of half-assed emotional support was he expecting to offer? He just wanted to hear that she was fine, so that he could walk away feeling less guilty about hurting her.

Over the next month, the phone calls became less and less frequent. And when he finally left town, they stopped altogether. Only then was Jenna was able to move on.

But her resentment wasn’t quite so ready to move on. Half a year later, she still wondered aloud, “He clearly wasn’t interested anymore. And we were never friends to begin with. Why in the world did he want to be my friend after breaking up with me? What purpose did it serve?”

Piecing together the conversations we’d had, Jenna and I realized that Steve wasn’t excited about communicating with her post-breakup. He was only calling out of some strange sense of obligation to make her feel better.

And maybe that’s the sad reality for the supposedly compassionate people out there. Maybe it’s not that they’re compassionate. Maybe they just have a lot of guilt. And compassion is how they alleviate their guilt.

The asshole who dumps someone and cuts off all communication … the pain may bite deeply, but that band-aid gets torn off quickly. Steve, on the other hand, wrapped Jenna’s head in a roll of emotional duct tape and peeled it off inch by agonizing inch.

That’s when I made a vow to myself: If I ever break someone’s heart, I will not be a compassionate person. I will not be a nice guy. If I ever say, “I just want to be friends,” I won’t actually try to be her friend. I’ll act cold, I’ll act unfeeling, and then I’ll walk away and let her hate me for a while.

Because that’s the compassionate thing to do.

This article was originally published at The Frisky in August 2012.